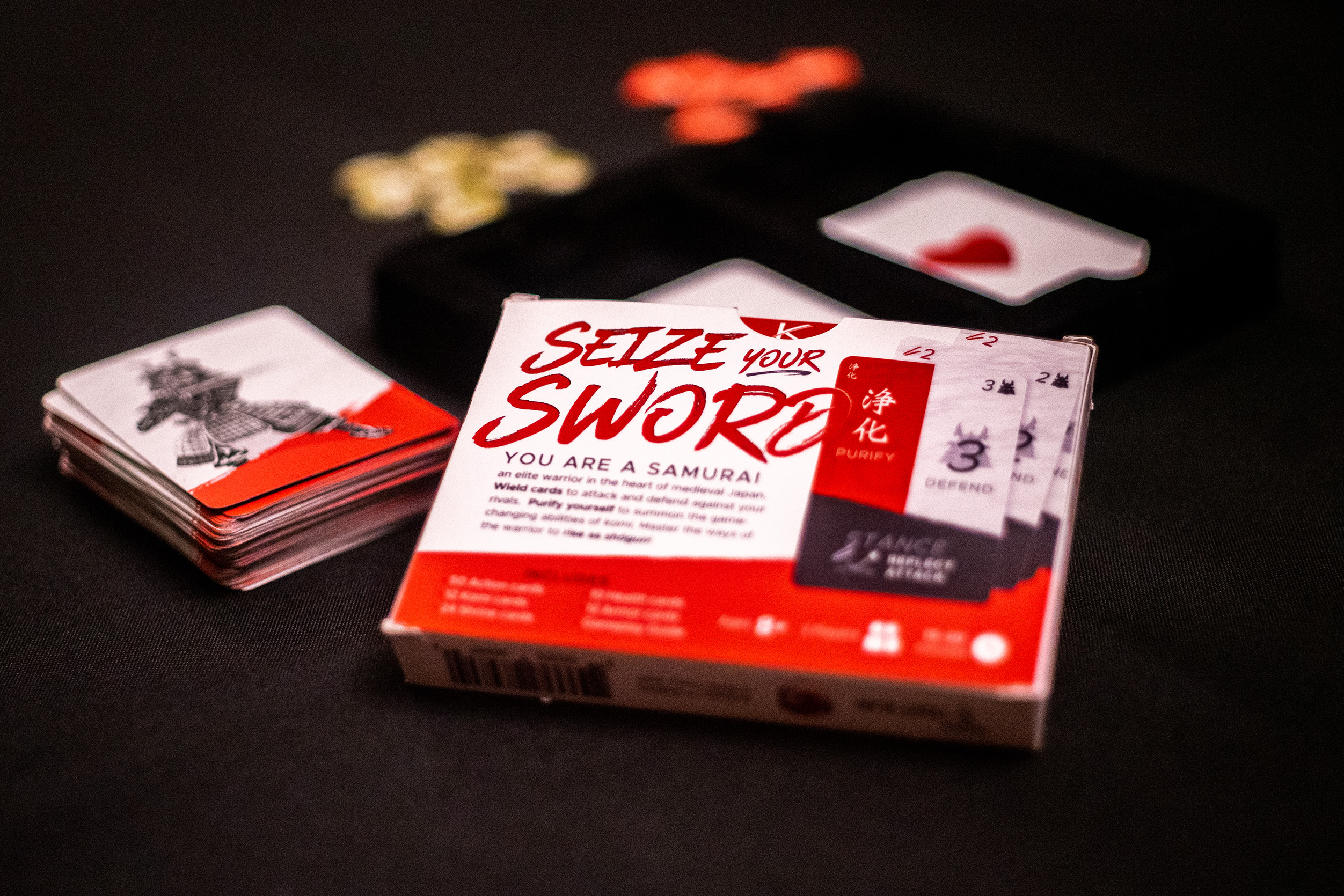 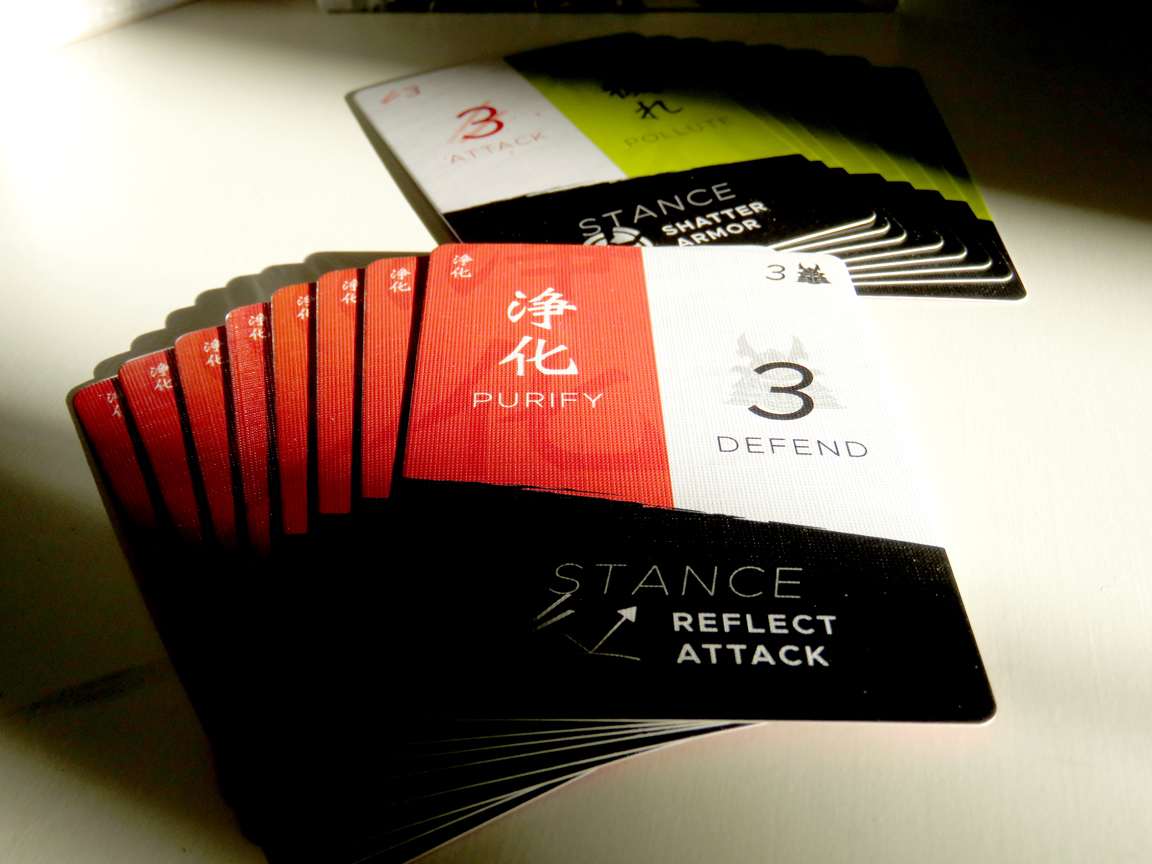 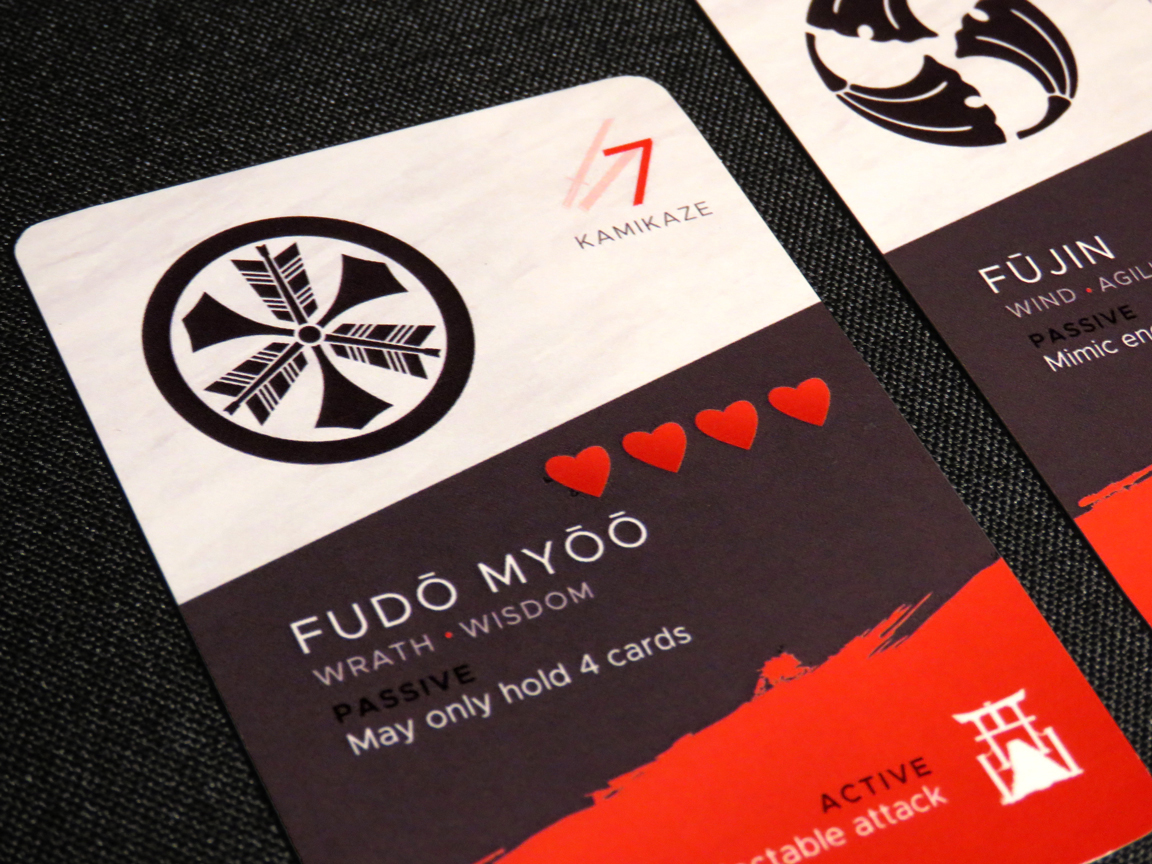 (1) Back of a box of Katana with components; (2) Action cards are played to attack, defend, and even reflect hits; (3) Shinto divinities called kami bestow game-changing powers.

Game design
Project Overview
Seize your sword in Katana, a two-player card game in which you battle to become shogun of Japan. The objective was to create an interactive system that that relates historical culture to emergent player experiences.
Contributions
(1) Abstract historical research into meaningful game mechanics and systems that relay cultural history.
‍
(2) Develop a visual design that embraces the historical source material for a modern audience.

(5) Promote the game's release through paid and earned marketing activities. 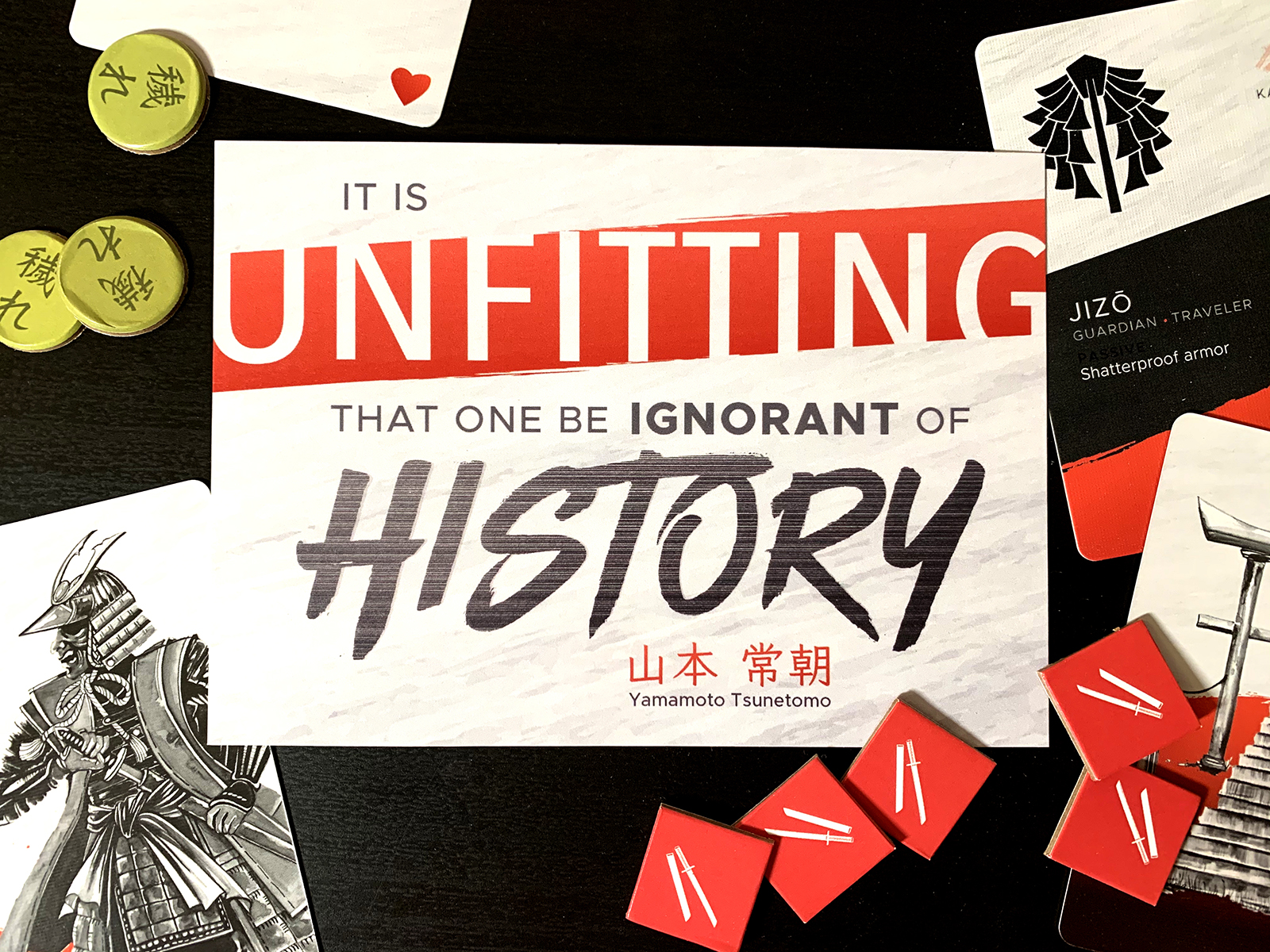 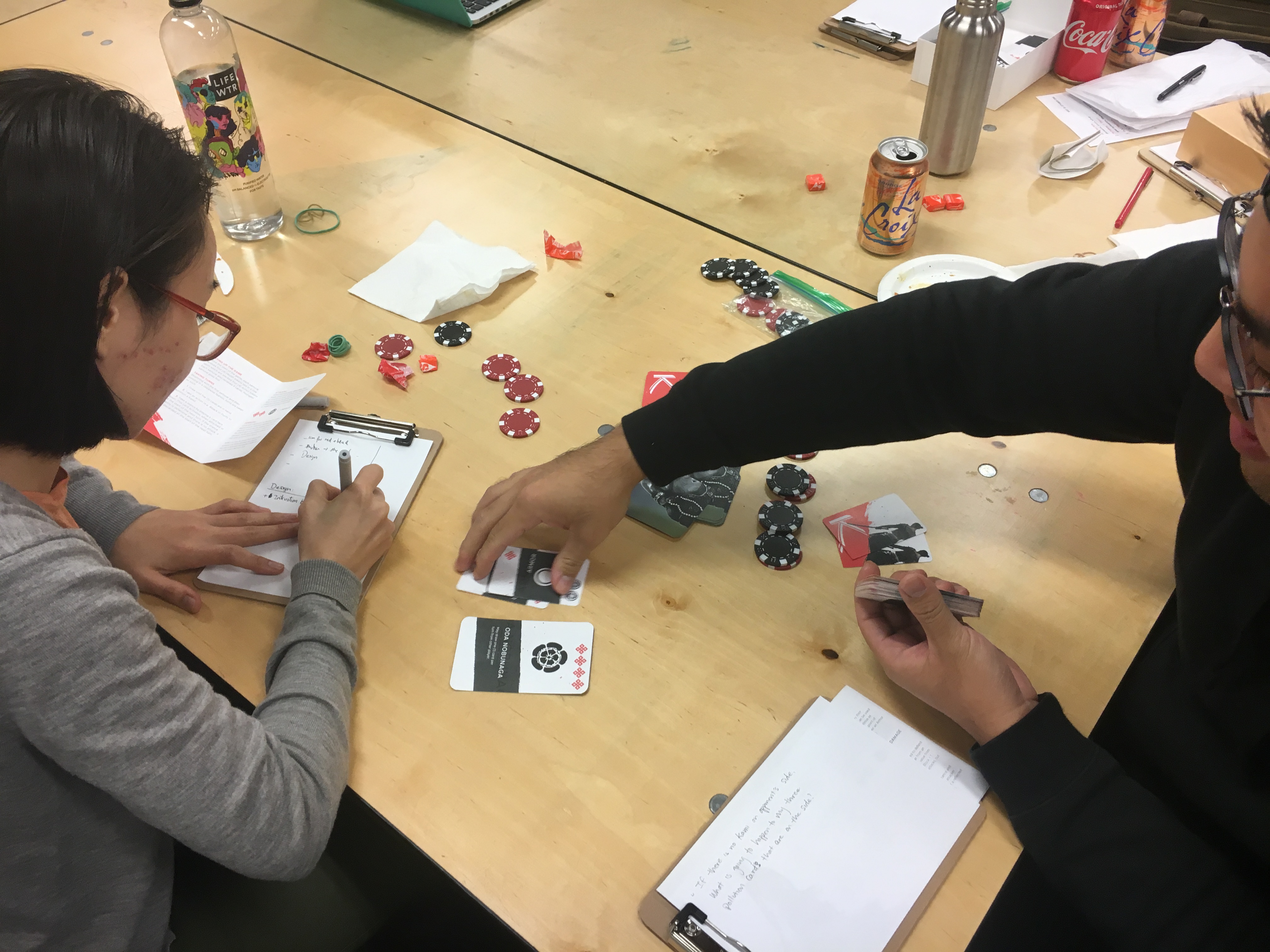 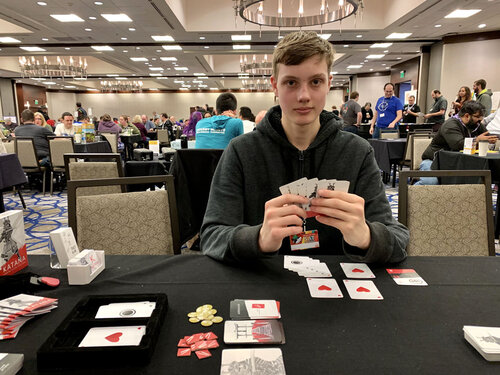 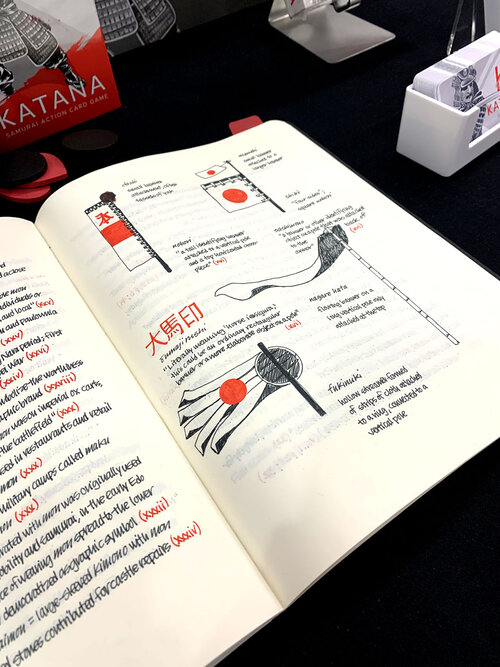 (1) Play testing an early version of Katana using poker chips, cards, and pizza to lure people to the table; (2) Katana played at OrcaCon in Seattle, Washington in 2020; (3) sketches of samurai equipment and insignia. 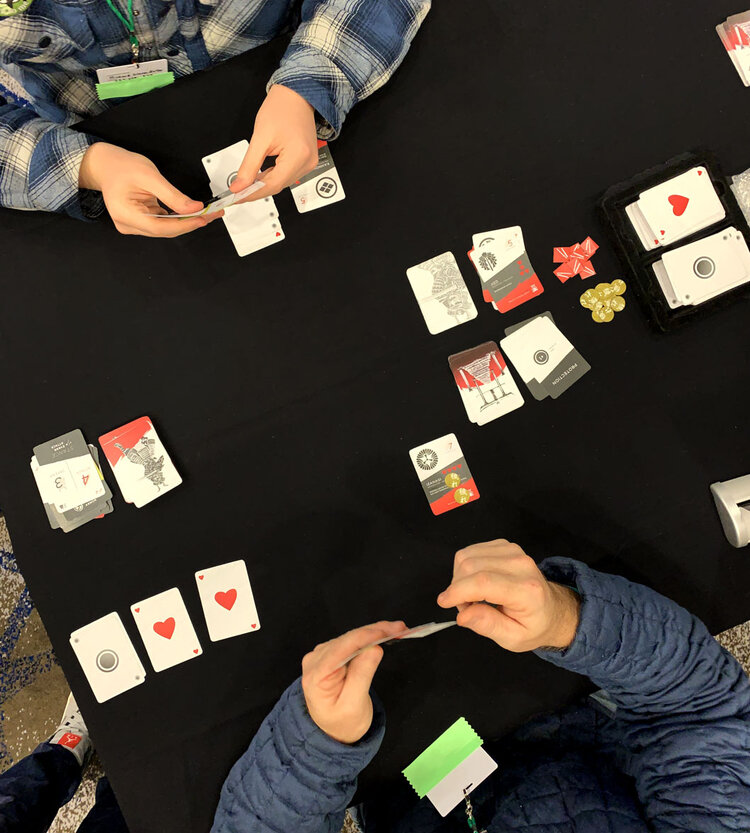 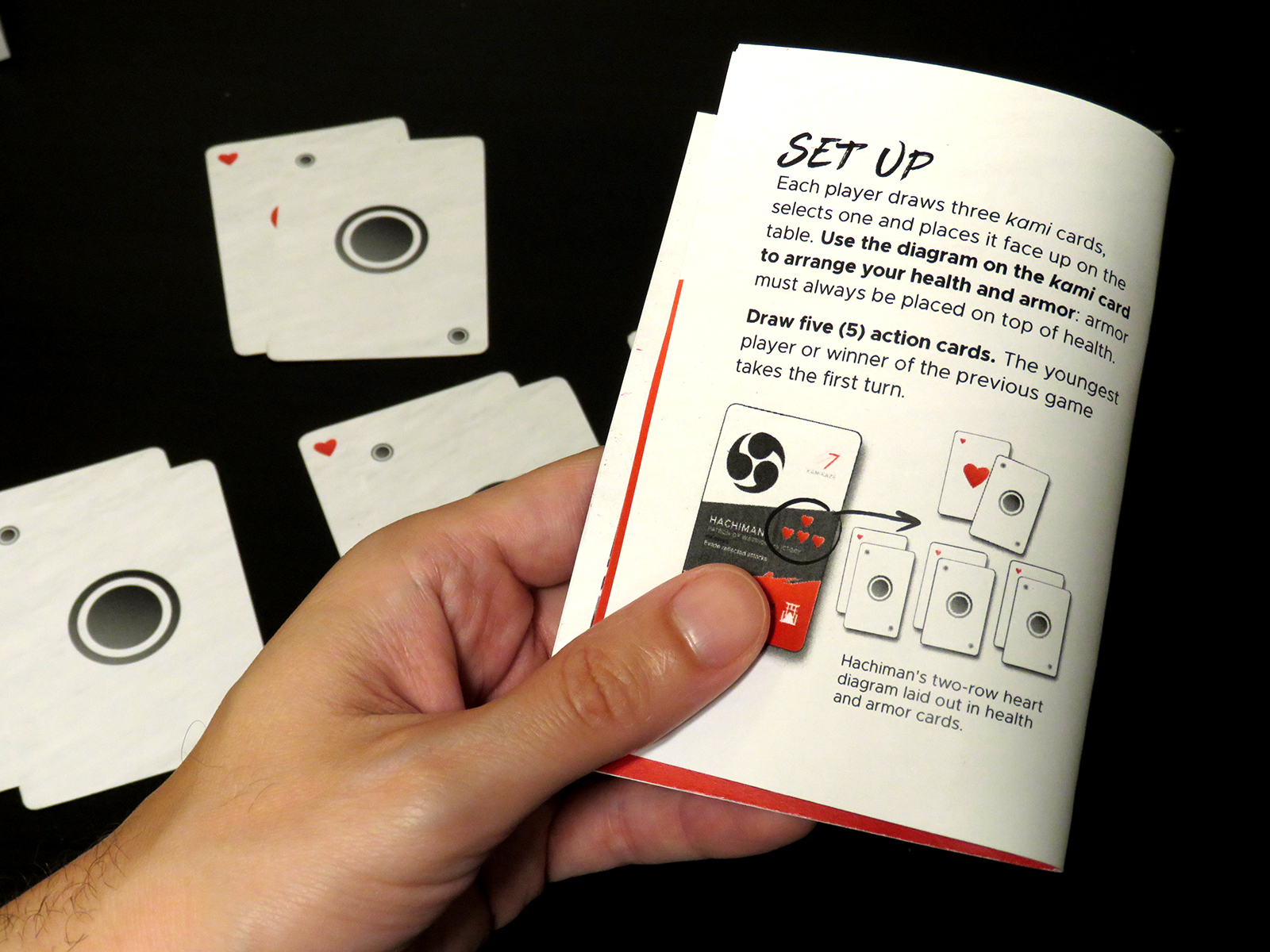 (1) Two players compete in a game of Katana; (2) animated lettermark; (3) using the instruction booklet to set up a game. 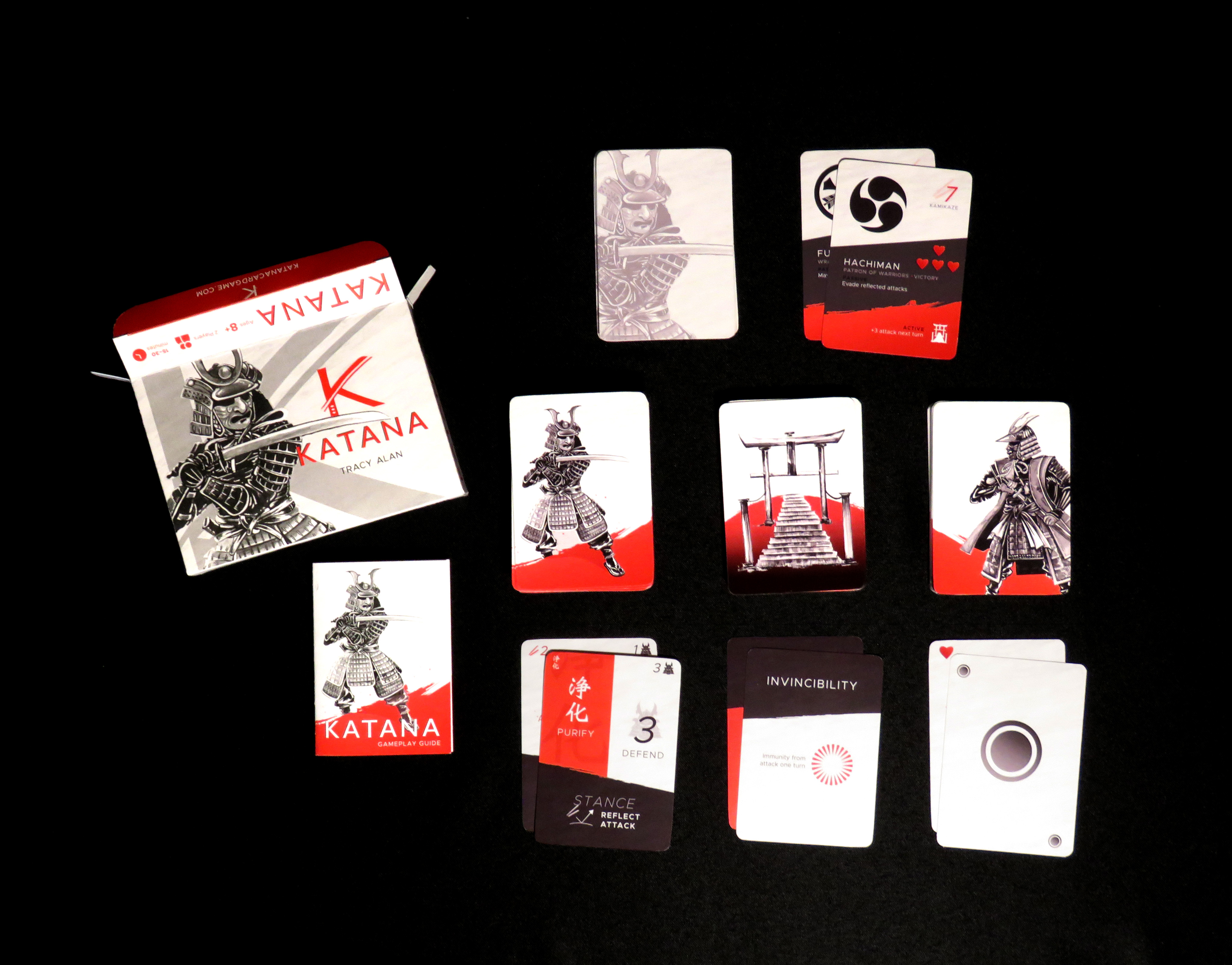 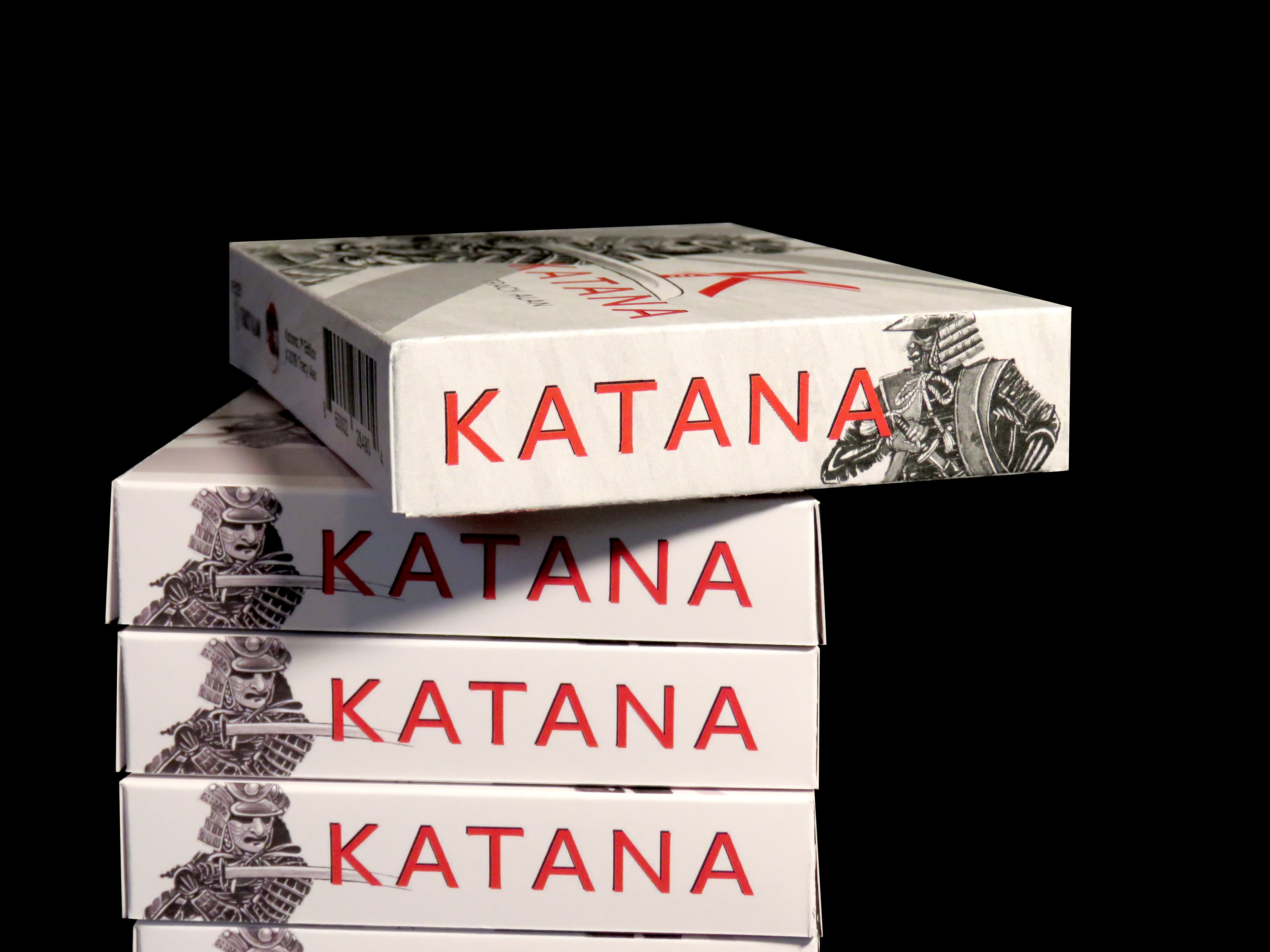 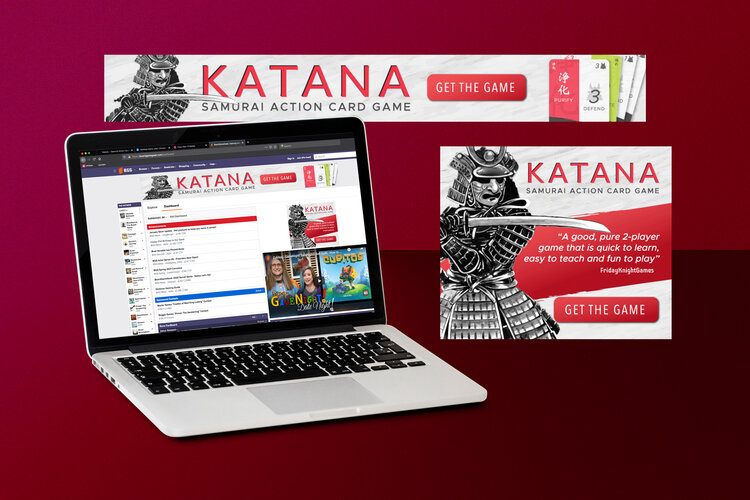 "This a a great two player game that feels highly reminiscent of games like Unmatched or Air, Land and Sea."

"If you love playing two-player games with fast and exciting gameplay, you should definitely check this one out."

"A good, pure 2-player game that is quick to learn, easy to teach, and fun to play. Beautiful art and the theme is spot on."